The Cove Anniversary Party was a mystery event celebrating the 10th anniversary of the Cove. The event was hinted along with the date on Issue #11 and then revealed and #12 of the Club Penguin Times. It took place from May 25, 2017 to May 28, 2017.

The following stamp was also available to collect during this event:

Forest
Add a photo to this gallery

Article in the Club Penguin Times.
Add a photo to this gallery 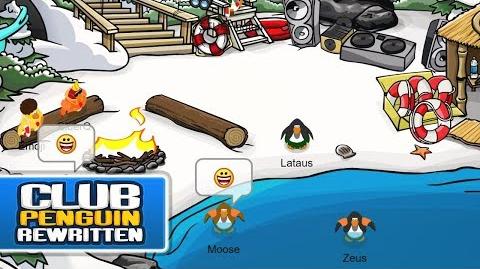 Retrieved from "https://clubpenguinrewritten.fandom.com/wiki/Cove_Anniversary_Party?oldid=169368"
Community content is available under CC-BY-SA unless otherwise noted.