Dot the Disguise Gal (real name Dot) was the Stealth Lead of the Elite Penguin Force. She specialized in costume design and stealth operations. Her role involved making costumes that the agents wore to disguise themselves.

By meeting her, you could obtain a free background and a stamp.

Dot's personality strengths included being firm in what she believes is right. She was known to be agile and adaptable in her role at the Elite Penguin Force. She was a fast runner, having achieved running 5 kilometres in 19.5 minutes. Also she has been held in high esteem for her strong leadership in past EPF operations.[1]

She was an expert in disguise and stealth, having prepared several disguises and several hiding spots. She enjoyed the game "Hide and Seek" to practice her stealth skills. She had a love for fashion and enjoyed creating low-tech disguises to help with missions.

Dot made her first appearance in PSA Mission 11: The Veggie Villain, teleporting the player, Gary, Rookie, and Jet Pack Guy out of the HQ before it explodes.

She made her second appearance in System Defender, which she appears in along with Gary, Rookie and Jet Pack Guy.

She made her first in-game appearance during Operation: Blackout.

Alongside her EPF role, she also worked another job as a fashion consultant for the Penguin Style catalog.[2]

Dot was a dark purple penguin, and her regular outfit consisted of: 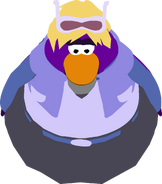 Dot during her final visit of the Noir Party in-game. 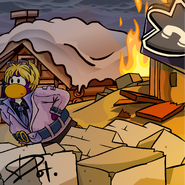 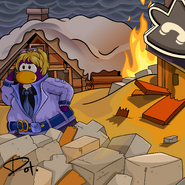 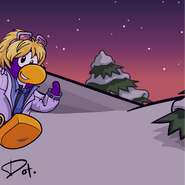 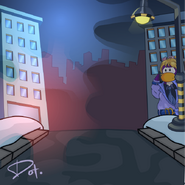 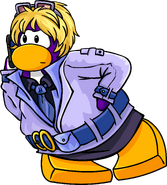 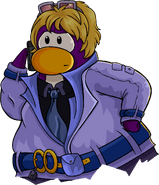 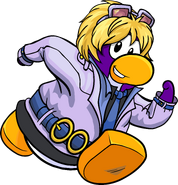 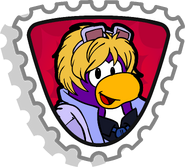 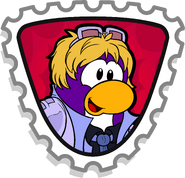 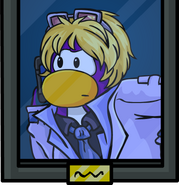 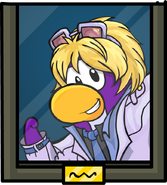 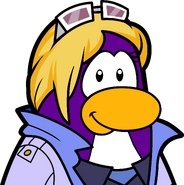 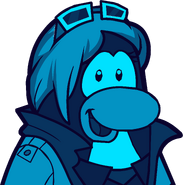