There are two types of Event Stamps in Club Penguin Rewritten: Character Stamps and Party Stamps. There are a total of 35 Event Stamps to collect.

Character Stamps are given when a penguin meets a certain mascot. There are a total of 17 of them.

The stamps of the Penguin Band had a different look before Music Jam 2017, when they returned to their classic outfits due to popular demand.

Dot's stamp had a different look before May 31, 2020. The former icon was removed due to former artist Cami wanting her artwork removed from the game. The new icon was added on June 7, 2020 and was made by artist Lovebacon56.

Party Stamps are given when a penguin complete a certain task, usually when a party or event is going on. There are a total of 18 of them. 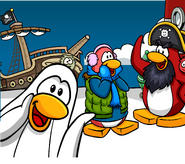 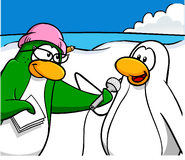 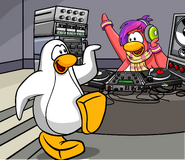 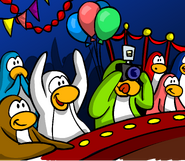 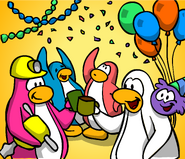 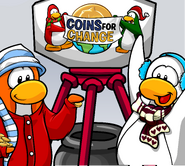