Operation: Blackout was the second major EPF mission to take place in Club Penguin Rewritten. It lasted from November 15, 2017 to December 6, 2017. It marked the first in-game appearance of Dot the Disguise Gal and Herbert P. Bear; and Jet Pack Guy's second in-game appearance as a mascot.

Prior to the operation, Gary was kidnapped at the end of the Halloween Party 2017 on the server Ascent[1] and was forced to build the Solar Laser by Herbert, which led to Operation: Blackout. Because of this, Herbert was able to take over the whole island, freeze the EPF command and become the supreme leader. Agents had to infiltrate his fortress and destroy it in order to stop the Blackout.

At the end of the Halloween Party 2017, Gary was captured during his last visit by Herbert. Club Penguin Times Issue #35 confirmed that Gary was missing, and missing posters went up across the island. As Gary's disappearance remained a mystery, Herbert forced Gary to build the Solar Laser, threatening to freeze him if he refused to do so. Once the Laser was complete however, Gary was frozen by Herbert anyways, and Operation: Blackout came into bloom.

Using the Solar Laser, Herbert planned to take over the island and become its supreme leader by blocking the sun. He also planned to change Club Penguin Rewritten's name to Club Herbert Rewritten.

He attacked and damaged the EPF and PSA's main bases of operations; which includes the Everyday Phoning Facility, the EPF Command Room, and the HQ, forcing agents to seek refuge underground in the Secret Headquarters. The VR Room was also destroyed in the attack.

Herbert then planned to get revenge on the EPF by kidnapping and freezing the EPF Chain of Command, including The Director, Rookie, Jet Pack Guy and Dot the Disguise Gal for putting him into hibernation during Operation: Hibernation in February 2017.

On November 15, Operation: Blackout officially started and The Director gave orders through a spy tablet. Agents were ordered to infiltrate Herbert's Base. They were given a Klutzy Disguise or Herbert Disguise to slip past the security and disable the first Security Terminal.

On November 17, agents were given a Grappling Hook to open the door that led to the second Security Terminal, and disabled it.

On November 18, agents received the Plasma Laser, which they used to open the way to the third Security Terminal, and disabled it.

On November 20, agents received the Deflection Vest to reflect off the laser beams to enter the next sector, where they had to disable the fourth Security Terminal.

On November 22, agents received the Smoke Goggles to see through the smoke and get to the fifth Security Terminal and disabled it.

On November 24, agents received the last item, which were the Anti Lava Boots, to walk over the lava in the Lock Down. Once agents disabled the final Security Terminal, the Solar Laser self-destructed and Gary, The Director, Jet Pack Guy, Rookie and Dot were unfrozen.

Penguins celebrated the end of Operation: Blackout as the sun finally emerged once more. Herbert yelled in dismay after discovering the Solar Laser was destroyed and the blackout stopped. The Director finally revealed her identity to be Aunt Arctic. Both the EPF and PSA were left in damaged states after the party. The Director stated that "although the road ahead is long, the EPF shall rise again".

After Operation: Blackout ended, the snow that accumulated during the party had to be dug out, which prompted the start of Dig Out the Island. Even after Dig Out the Island ended, the remaining snow still left over was used as part of the decorations for the Christmas Party 2017. 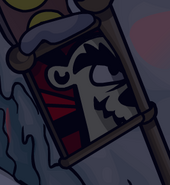 White fur spotted at the Forest during The Fair 2017.

Herbert's footprints at the Dock during the Halloween Party 2017.

Missing Gary posters and tufts of white fur located in the Ski Village.

The poster when clicked on. 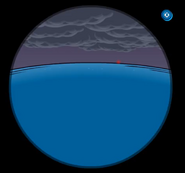 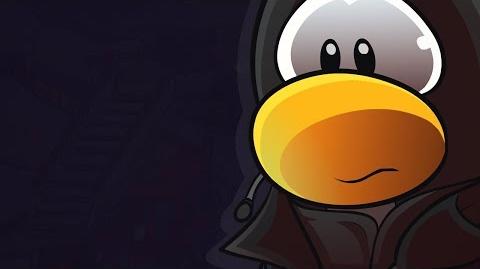 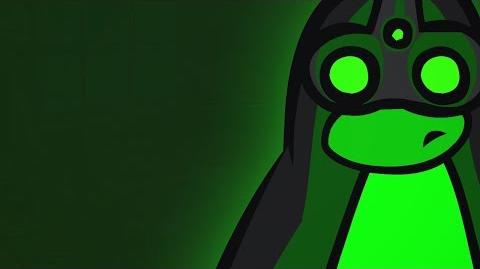 Club Penguin Rewritten Save The Island 2