Musician, Member of the Penguin Band

Petey K is a pianist and accordionist, best known as a member of the Penguin Band.

By meeting him, you can obtain a free background and a stamp.

Petey K is a green penguin, and his regular outfit consists of:

His previous regular outfit consisted of: 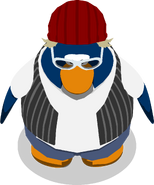 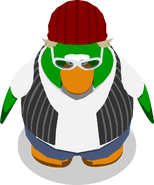 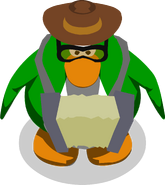 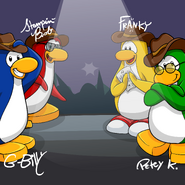 Petey K in issue #16 of the Club Penguin Times. 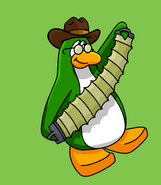 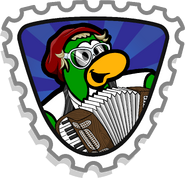 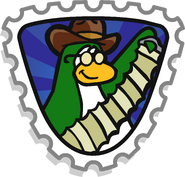