Everywhere
The Pirate Party Interface was an interface that was available during the Pirate Party. Players could unlock new items by dueling pirate crabs and unlock new swords by dueling other players. For dueling players, the winner of the duel would receive 20 points, while the loser only received 10 points. 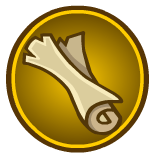 The icon.
Community content is available under CC-BY-SA unless otherwise noted.
Advertisement