Sled Racing was a multiplayer game in Club Penguin Rewritten. It was located at the Ski Hill, and up to four players could play.

It was also available during the Penguin Games on the Mountain Top where a unique course was built.

The game had its own set of items from the Game Upgrades catalog at the Ski Hill. These items inckuded the Toboggan, Dark Toboggan, Pink Racing Sled, Orange Racing Sled, Green Racing Sled and Blue Racing Sled. These purchasable sleds had no effect on gameplay and were purely cosmetic.

After a countdown, the players began to slide down Ski Hill using inner tubes or the purchasable sleds if equipped. To move, the player could use the arrow keys, allowing them to move left or right. The up and right arrow keys moved the player to the left, while the down and left arrow keys moved the player to the right. As the players slid down the hill, obstacles would appear, which had to be avoided by the player. If the player hit one of these obstacles, they would fall off their sled, slowing them down temporarily. There were also ice patches that appeared on the track, which gave the players a brief boost of speed. The player finished at a finish line, alongside two clapping Ocean Blue penguins. The winner of the race was given 20 coins, the second player was given 10 coins, whilst the last players was given 5 coins. 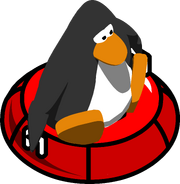 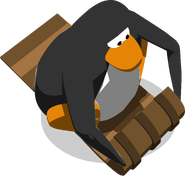 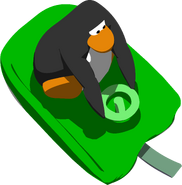 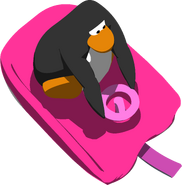 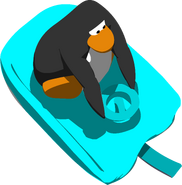 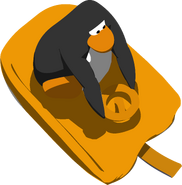 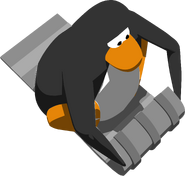 The animation played when crashing — in slow motion.