The Test Bots are a group of three robots invented by Gary, originally intended to test dangerous inventions. They later became enemies to the Elite Penguin Force and are known for attacking the EPF mainframe.

The bots appear in the fourth level of System Defender. Each bug is controlled by a specific bot.

Defeating them will reward the player with the Test Bot Trio Stamp. 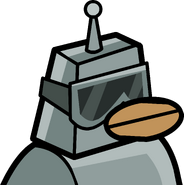 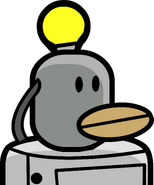 In the Gadget Room.
Community content is available under CC-BY-SA unless otherwise noted.
Advertisement