Director of the EPF and PSA

The Director is the leader of both the Penguin Secret Agency and the Elite Penguin Force.

The Director shows a cool and collected approach to daily interactions such as addressing agents. She has a formal approach to everything and is shown to be extremely sophisticated.

As all the public appearances of The Director are always shadowed out, the only visible items worn are a pair of sunglasses, a shirt with a collar, and the subtle beginning of a tie. Her signature is also known, which is the 27th character of the Tic Tac Code (the first 26 characters are the English alphabet).

During Operation: Blackout, she revealed her identity as Aunt Arctic in a cutscene that played after the player completed the last security terminal in Herbert HQ.

Role in the Elite Penguin Force

The Director mainly takes a background role; acting as a voice of reason in the agency whilst trying to coordinate operations and advancements in technology/resources. On random occasions, the Director will leave a message in a form of communication such as the Club Penguin Times or EPF Messages. 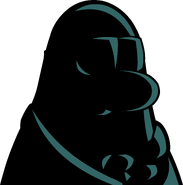 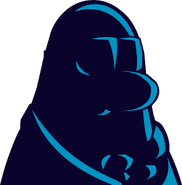 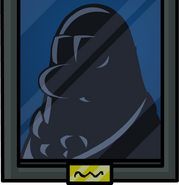 As seen in the Recon room.
Community content is available under CC-BY-SA unless otherwise noted.
Advertisement