All kinds of Fish (with the exception of Mullet)

None
The Worm is a species in Club Penguin Rewritten that appears in Ice Fishing and Aqua Grabber's Soda Seas.

In Aqua Grabber, the worm appears in Soda Seas, and is needed to catch Fluffy the Fish, catch the Mullet and get to the Secret Treasure. It is found by hitting the ceiling of the cave of the 5th Cream Soda Barrel. If let loose, it will get inside the floor and reappear at its normal location.

In Ice Fishing the worm is used as bait to catch yellow fish and with a Flashing Lure Fishing Rod, gray fish. You start with 3 worms but can catch extra lives if any are lost. 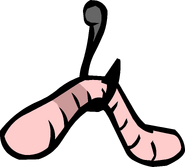 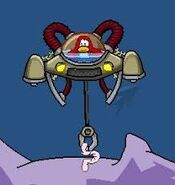 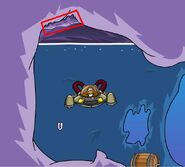 Worm in the water in Ice Fishing.

Can of Worm in Ice Fishing.
Add a photo to this gallery
Retrieved from "https://clubpenguinrewritten.fandom.com/wiki/Worm?oldid=202663"
Community content is available under CC-BY-SA unless otherwise noted.